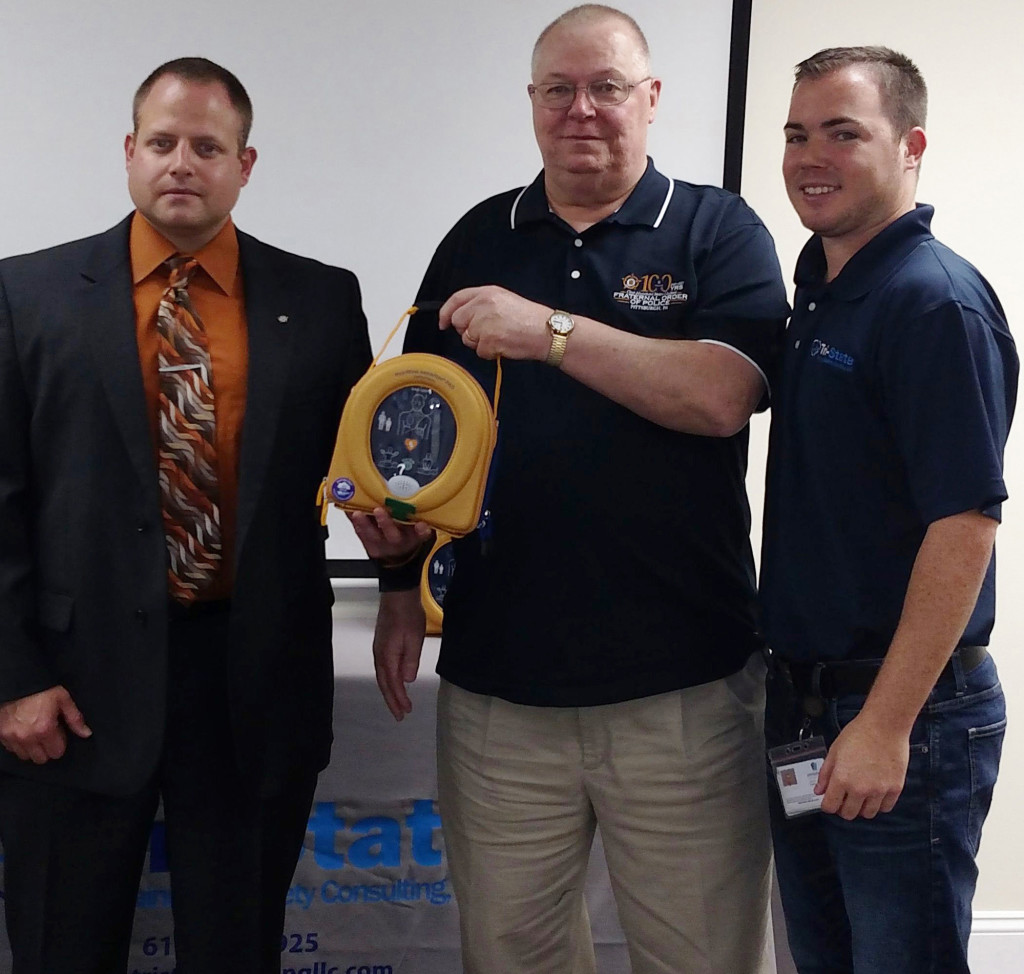 To honor the recent save of a retired police officer with an Automated External Defibrillator (AED), HeartSine Technologies has gifted a lifesaving samaritan® PAD 350P (SAM 350P) to the Fraternal Order of Police Lodge #1 Delaware.

During the recent Fraternal Order of Police National Conference in Pittsburg, PA, Cpl. Dennis Leahy of the Wilmington Police Department quickly came to the aid of Retired Police Officer Frank Buza of Montgomery County, PA who unexpectedly suffered a Sudden Cardiac Arrest (SCA), a life-threatening condition in which the heart stops beating without warning. After receiving cardiopulmonary resuscitation (CPR) and one shock from an on-site AED, Buza’s heart was restored to a normal rhythm.

“This incident is a prime example of the importance of access to AEDs in the community,” says Leahy. “If it weren’t for the immediate CPR performed and the on-site AED that administered the lifesaving shock, there is a very large likelihood that Buza would not have survived.”

The unit donated by HeartSine will be installed at the Fraternal Order of Police Lodge #1 in Wilmington, which hosts regular meetings that draw hundreds of law enforcement officers.

HeartSine’s Authorized Distributor, Tri-State Training and Safety Consulting, also has donated a SAM 350P to the Montgomery County, PA Fraternal Order of Police Lodge #14, which covers 47 police departments in Montgomery County. The AED will be used at all of the Lodge’s monthly meetings, special events, conferences, and conventions.

“Most people don’t realize how easy public access AEDs are to use and that they can increase a victim’s survival rate from 5% to 75% when used in conjunction with CPR,” says Pamela Alpin, Sales Manager at HeartSine Technologies. “That’s why it’s HeartSine’s mission to increase the number of AEDs that are accessible to the public.”